Although Valentine's Day is considered a commercial holiday, we believe that the feeling of falling in love is worth a whole day of the year when our attention is completely captured by our loved one. It is especially touching when lovers confess their feelings on this day using traditional written messages.

The beginning of Valentine's Day celebration is dated sixteen centuries earlier. However, even in pagan cultures - ancient Greek and ancient Roman - there were similar holidays at the end of winter, preceding the spring holidays of the awakening of nature from winter sleep. They were dedicated to the god Eros or Amur.

However, Valentine's Day was named and celebrated in honor of the Christian priest, later canonized by the church. Events took place that preceded to our favorite holiday, around 269 in the era of the reign of the Roman emperor Claudius II. The latter believed that legionnaires who did not have a wife and family had no attachments and could be more courageous and selfless in battle, so he issued a decree prohibiting legionnaires from marrying and having a family.

But such a spontaneous power as the power of love cannot be stopped by any decree. If Cupid has hit with his arrow into the hearts of two people, no obstacles can prevent them from being together. This was understood by a priest named Valentine from the ancient Roman city of Terni, and therefore conducted secret wedding ceremonies for the legionnaires and their lovers. In addition, Valentine was famous for reconciling the quarreling lovers, passing secret messages and confessions, as well as flowers, essentially fulfilling the role of Cupid, connecting hearts.
When it was learned of such activities, Valentine was ordered to be executed. In captivity, a great love came to the future saint himself. Valentine fell in love with his jailer’s daughter. She read his declaration of love, signed by "Your Valentine," after the execution of the priest. By tradition, written declarations of love are called valentines. A sensitive, kind-hearted and loving priest was later canonized by the Catholic Church, and in 496, Valentine's Day became a Christian holiday.

Traditional gifts for this day: a heart-shaped valentine with confession, chocolates symbolizing the sweetness of love, red roses and precious jewelry as a recognition of the value of the gift of love. 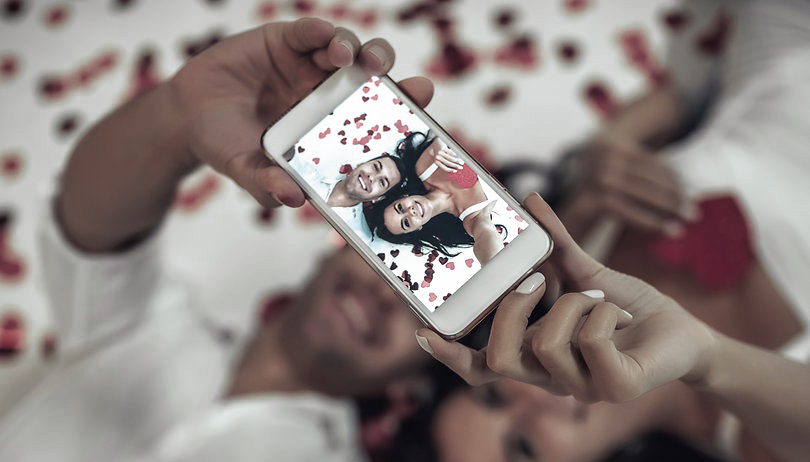 Of course, time makes its own adjustments, and gifts for Valentine's Day can be very diverse. One of the new traditions is gifts for two, that is, gifts that a couple can use at the same time. What could be more relevant in this case than a bedding set? On the eve of Valentine's Day, we never tire of annually reminding that the bed is not just for sleeping! You can choose your perfect bedding set in our online store. In addition to this, in the Pajamas section you can pick up wonderful family look for yourself and your soulmate.
We do not consider Valentine's Day an advertising gimmick, so we give presents ourselves, to those who simply need to please their loved ones with a wonderful gift on this day! With every purchase until February 14, we give a romantic present!
Discussion
Other articles
Up
Sign in Sign up
Sign in with
Password reset
Enter your email address and we'll send you the information for password reset.
Cart